December 2022: Thailand Fully Reopens - No Vaccination Proof Needed.
See our Can I Travel To Koh Lanta page for full details.

The weather during Koh Lanta’s Low Season can be quite unpredictable. Certainly there are days of rain, but you can still find many sunny, blue sky days throughout low season for weeks on end. August has become a popular month for Europeans to visit the island now the word is out that Lanta has a lot of good weather during low season.

Because Koh Lanta is an island, and has its own mountain range which run North to South down its middle, Koh Lanta very often has its own weather system which is not dominated by the mainland. It can rain in the North of the Island and be sunny in the South. October 2012 was sunny everyday and very hot, although it was technically classed as monsoon season.

The Benefits Of Visiting Koh Lanta In Low Season

The biggest benefit of coming to Koh Lanta in low season is that Koh Lanta hotel and villa prices are hugely reduced from May to October – up to 50 per cent discount of the same prices in High Season. You can get some incredible bargains and even if it does rain, if you have a nice hotel room or villa in which to relax and wait for the rain to pass it’s not really a problem. You can also see some amazing storms over the sea from the comfort and safety of your hotel room too.

The other major benefit is that there are few other tourists on the island, so you have the beaches almost to yourself. More and more businesses are staying open on Koh Lanta all year round so there are still plenty of places to eat and drink during low season.

Will It Rain All The Time During Low Season On Koh Lanta?

If it does rain on Koh Lanta it could be in the morning for an hour or two or the following week in the afternoon or another week in the evenings. You have to be very unlucky for it to rain all day and if it does it’s normally due to a storm, which will also affect Krabi, Koh Phi Phi, Phuket and sometimes the whole of Thailand.

What Are The Other Possible Downsides Of Koh Lanta’s Low Season?

The biggest change in the low season is that the winds change directions and come from the west coast direct onto the beaches. This helps to keep the temperatures cooler than Peak season. The downside is the winds can create large waves preventing you from swimming in the sea, and the waves often deposit plastic and debris from trees etc onto the beach areas.

Can I Get To Koh Lanta Safely In Low Season?

Yes! Although ferry travel to Koh Lanta is restricted in low season, it is still possible to safely travel to and from Koh Lanta all year round and information can be found on Koh Lanta Transfers in the Low Season.

If you want peace and quiet and you donâ€™t mind the possibility of some rain, itâ€™s a great time to come to Koh Lanta, especially if you can score a stay at an upmarket Koh Lanta hotel or Villa so you have a nice room to retire to if the weather is not co-operating. 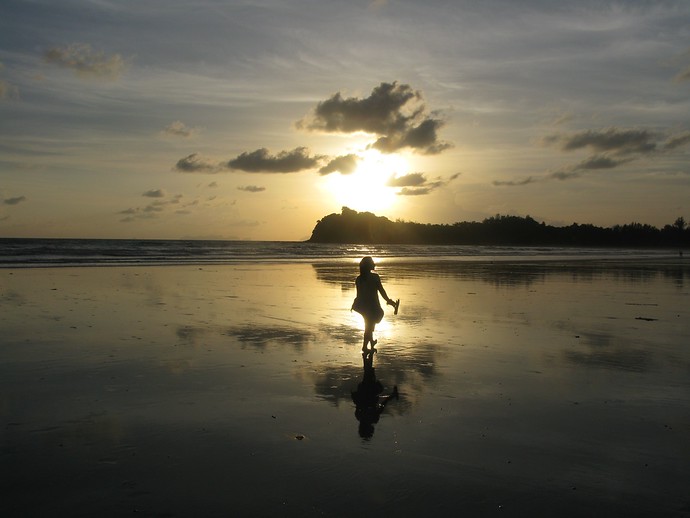 Koh Lanta Weather in May

The weather on Koh Lanta is still great and temperatures start to get a little cooler. There is a little chance of rain, but it is usually very sporadic. See our page on Koh Lanta Weather in May for more info

As Koh Lanta’s low season continues, the island becomes more and more empty and June, July and August is typified by the island being very quiet and hotels being half empty. In the first two weeks of August there is a large amount of European tourists arriving on Koh Lanta due to their annual summer holidays and this two week period always seems to have good weather on Lanta

In this 3 month period expect some rain – it won’t be continual or for days on end, but there could well be some heavy downpours as the island readies itself for monsoon season in the coming months.

September on Koh Lanta sees the monsoon season really beginning to start. While there is still plenty of sunshine, there can also be a lot of prolonged rain too. September is definitely Koh Lanta’s quietest time and Saladan the main shopping area becomes a ghost town and shops shut early. Read more about Koh Lanta Weather in September

October the monsoon season is normally in full effect by this point of the year and there is typically heavy and prolonged rain on Koh Lanta during October. Of course, there is the chance of lots of sunshine too, but you need to be prepared for it to be wet.

October is usually the end of the monsoon season too – by the end of the month, the skies have cleared and temperatures are lovely and cool. Sometimes the rainy weather can drag on into November, but usually October marks the end of Koh Lantaâ€™s low season and with the start of November the beginning of the high season. More about Koh Lanta Weather in October 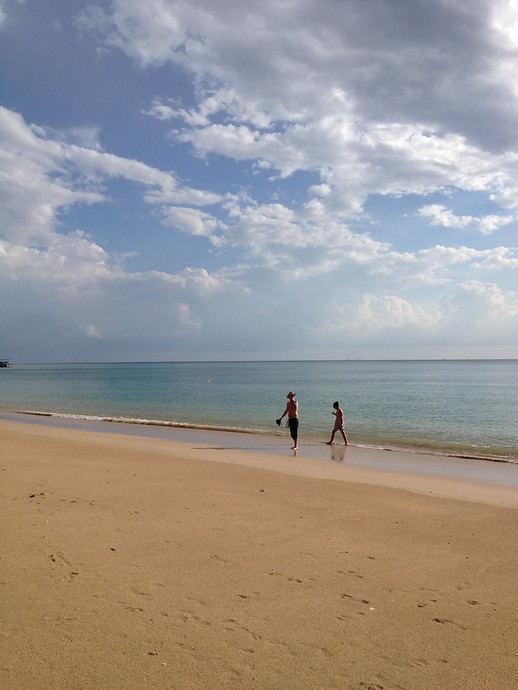 BUT REMEMBER! it does not rain every day – sometimes Koh Lanta has no rain for several weeks – you can enjoy deserted beaches with blissful skies with very very warm temperatures.