The tsunami of 2004 hit Thailand very hard in certain areas and Koh Lanta was affected but not Nearly as devastating as other coastal regions. Koh Lanta was a very lucky Island, the shape of the island, the direction of the water and also the contour of the sea all helped it survive the brunt. 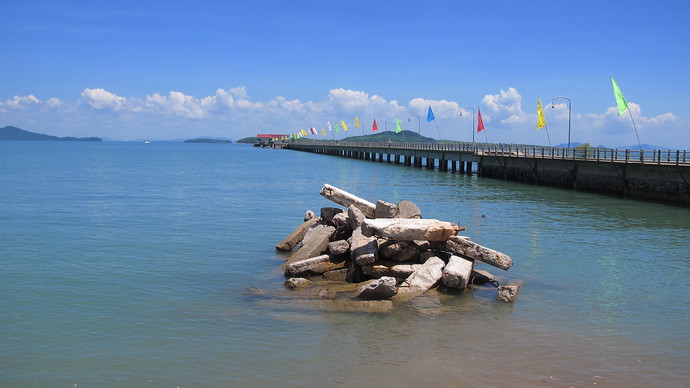 The rubble still remains in Koh Lantas Old Town from the terrible day leaving a reminder of the devastation. Now how ever everyone is fully aware of what a tsunami is.

What happens On Koh Lanta when a new tsunami warning is issued? 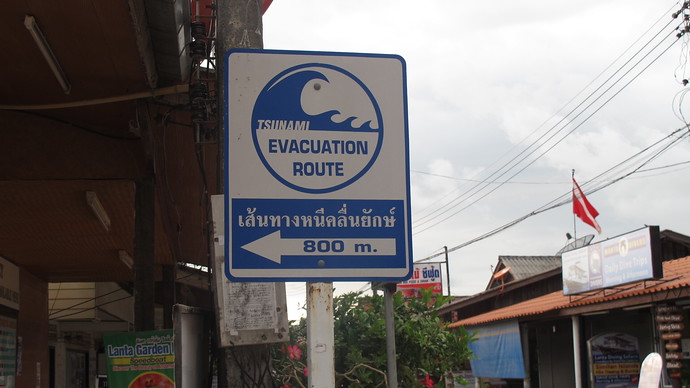 Many procedures were put into place and in parts of Koh Lanta there are sirens which will wail if there is ever a threat and also evacuation signs in place which will direct you to higher and safer grounds. Children are educated with schools practicing for such an emergency if it would ever be repeated and all resort staff and owners are fully aware of the consequences especially as many where living on Koh Lanta and have witnessed it first hand.

When a new earthquake struck just off Sumatra causing a right panic across Asia, I actually felt it in Saladan Koh Lantas main shopping and eating area when the shop I was in, floor started wobbling and vibrating.

With the internet and Thai news, people soon released what was happening and because we could actually feel it on Koh Lanta an evacuation was put in to place before the sirens went off.

The biggest thing is not to panic ( I know that’s easily said ) people driving cars and motorbikes evacuating was quite crazy in it’s self and probably the most dangerous thing I have ever seen.

When the sirens go off you actually do have a little bit of time so take your time and stay composed. Guests where evacuated quickly from the beach areas and taken by hotel pick up trucks to the hills and woods to higher grounds. A few things to try and remember take some clothes – standing in the jungle in the evening is not fun in your swimsuits. Take some water and if possible some snacks – you never know when you can safely come down. Stay close to the people who took you to safety as coming home can be an effort as there are no taxi services. 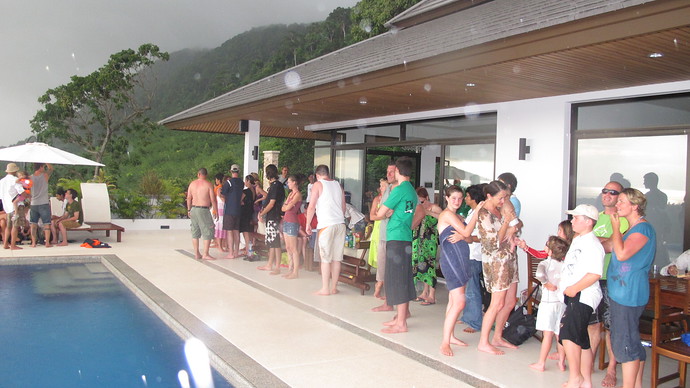 I went to the Kulraya villas which was in final stages of been completed. Many other people had the same idea, any road you see going up just go up. Ian and Luk the owners where very nice to accommodate so many people offering drinks, some guests actually stayed the night as they where to worried to go back to the beach resorts.